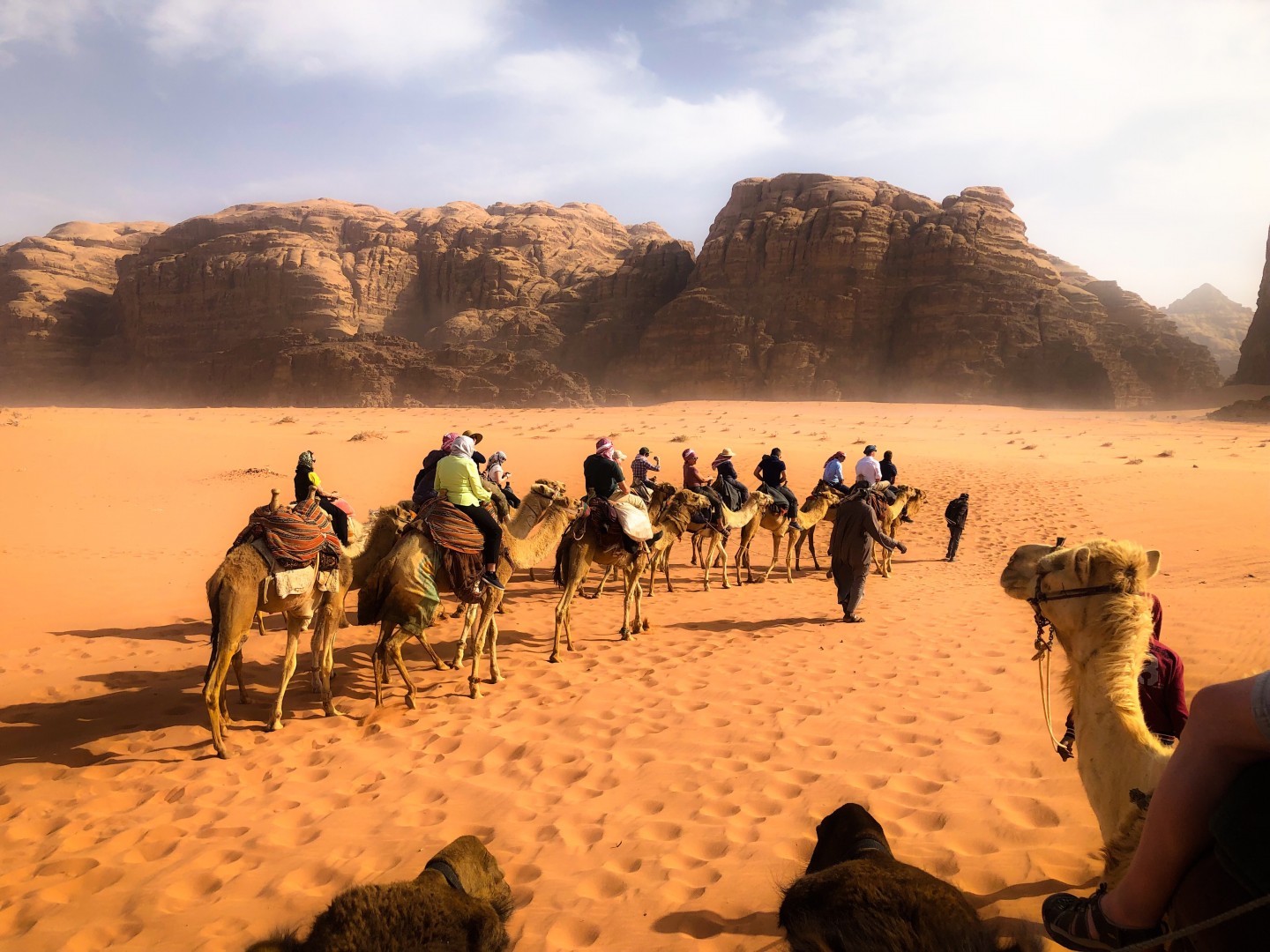 Our group had an exclusive opportunity to enter the Petra archaeological site for a sunrise viewing prior to its opening to the public that day.

“Interest in attending this year’s International Summit in Petra, Jordan, was so popular that we sold out months in advance,” said Travel Leaders Network President Roger E. Block, CTC.

Sarah Nelson, a Gilbert, Arizona-based Travel Leaders advisor who posted to social media throughout her time in Jordan, said it was her first International Summit. “We had opportunities to visit many ancient sites and absorb beautiful views of the desert landscape. One particular location, Al Shoubak Castle, a crusaders castle, is a perfect site for tourists seeking to experience a place other vacationers might not travel to,” she said.

Exclusive adventures around the ancient country were made possible in collaboration with several partners. The Jordan Tourism Bureau, as well as Abercrombie & Kent Jordan, provided opportunities before, during and post summit, such as a full day of memorable desert adventures in legendary Wadi Rum, capped by a desert sunset reception and private dinner at Wadi Rum Castle. Shannon Stowell, CEO of the Adventure Travel Trade Association, also spoke to the attendees about the meaningfulness of travel and the impact it has on the destination.

“Our group had an exclusive opportunity to enter the Petra archaeological site for a sunrise viewing prior to its opening to the public that day,” added Block. “It was fantastic to see the Treasury and admire its beauty before the rush of tourists.”

Some locations attendees visited include:

The Treasury, which appeared in the film Indiana Jones and the Last Crusade as the final resting place of the Holy Grail. Several Travel Leaders advisors hiked up the 850 steps to the Petra Monastery, which overlooks the Araba valley.

The Ayla area to enjoy the white-sand beach on the Gulf of Aqaba, which is part of the Red Sea. From here participants could see Israel’s shoreline and Egypt in the distance. The glamorous, modernized community stretches across 17 kilometers of newly created waterfront and white sand beaches.

Shobak Castle, which has a great fortress that was constructed in 1115 AD by Baldwin I. The fortress, known as Mont Realis (or Montreal) guarded the crucial Damascus to Cairo trade route.

Wadi Rum, otherwise known as Valley of the Moon, the largest and most magnificent of Jordan’s desert landscapes. Here participants interacted with local Bedouins and dined under a tent at Mazayen Rum Camp. Afterward, the group divided into tours by camel, a four-wheel drive vehicle or an ATV quad ride.

Pharaoh’s Island was an opportunity to sail the Red Sea, visit the Crusader’s Castle or go snorkeling in the coral reef.

“Jordan is a fascinating story in developing tourism and how they engage and embrace the travel industry,” said Travel Leaders Network Vice President Perry Lungmus, who organized the International Summit. “The country is truly a destination in itself and anyone visiting Jordan must also see the other cities, in addition to Petra, in order to truly appreciate its beauty and deep and complex history.”

Pre- and post- touring opportunities included visits to the capital city of Amman, the Greco-Roman city of Jerash, the Dead Sea and a climb to the top of Mount Nebo, the place of the Moses Memorial. And in Egypt, participants had the opportunity to visit Cairo and Luxor to enjoy the Pyramids of Giza, the Temples of Karnak and Sphinx.

Travel agencies interested in learning more about the award-winning programs and diverse offerings that Travel Leaders Network offers agencies in leisure and luxury travel, business travel, destination weddings and honeymoon travel – as well as active and adventure travel – may visit TravelLeadersNetwork.com or call 877-404-4172.

Travel Leaders Network (www.TravelLeaders.com), assists millions of leisure and business travelers annually, and is one of the largest sellers of luxury travel, cruises and tours in the travel agency industry, with approximately 6,600 travel agency locations across the United States and Canada. Travelers also have access to The Travel Collection by Travel Leaders Group, a selection of travel offers and discounts available at no additional cost to holders of select American Express® cards.